2016 was a pretty successful year for the Killer Bees. This year was the 21st year of our team being around. We attended two district competitions, The Michigan State Championship, and The St. Louis Championship. We had a good performance overall at all of these events.

Our third competition of the year was the FIM State Championship. At MSC we met Rick Snyder and Don Bossi! We had an average OPR of 61.47. We gratefully accepted an invitation to join the 1st alliance with Team 2767, Stryke Force, and Team 1684, The Chimeras. We won our first octofinal match by 67 points. Sadly we lost the last two matches by 7 and 2 points! After we were eliminated we managed to get all the changes we wanted to do at St.Louis Championship done before pits closed! We were able to qualify for the World Championship! Congratulations to our friends 27 Team Rush, 67 The HOT Team, 1718 The Fighting Pi, and 6086 Igniton!

Overall, Buzz XXI had a successful year! Thanks to all our mentors, sponsors and our parents who made everything possible! 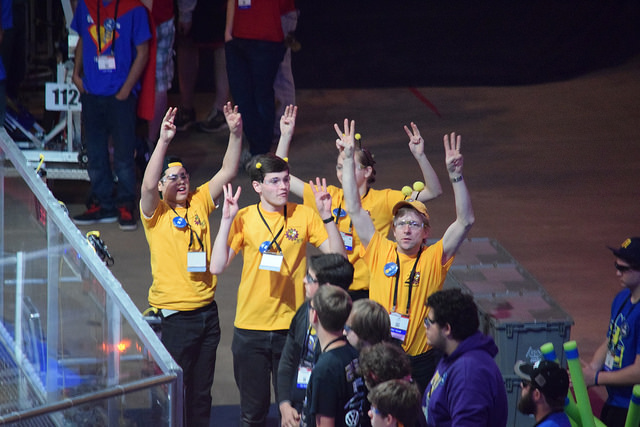 On the Killer Bees, new students have an interview to see if they will get on the team.  When I signed up for my interview I was  a mix of excited and scared. I had no idea what I was getting myself into. As a freshman, I signed up for (too many) clubs so the only time I could get an interview space was the last slot of the day. I sat on the couches in the main triangle waiting for someone to come get me for the interview. I was greeted by Jim Zondag. I had no idea who he was at the time. As my interview progressed, Julia Green along with Tim Grogan finished their interviews so they joined me in a large conference room. I was so nervous. 3 main mentors were interviewing me! I was a awkward and hyper little freshman so I didn’t really know how to act. I answered the questions I was asked timidly (in a really awkward and excited way of course.) Towards the end of my interview Jess and Ellen, two of the upperclassmen on the team,  walked into the conference room. They started raving about how great robotics was and how much fun they had. This was the moment I knew I had to be on the team. I didn’t really realize what I was getting myself into, but I knew it was something good. 🙂 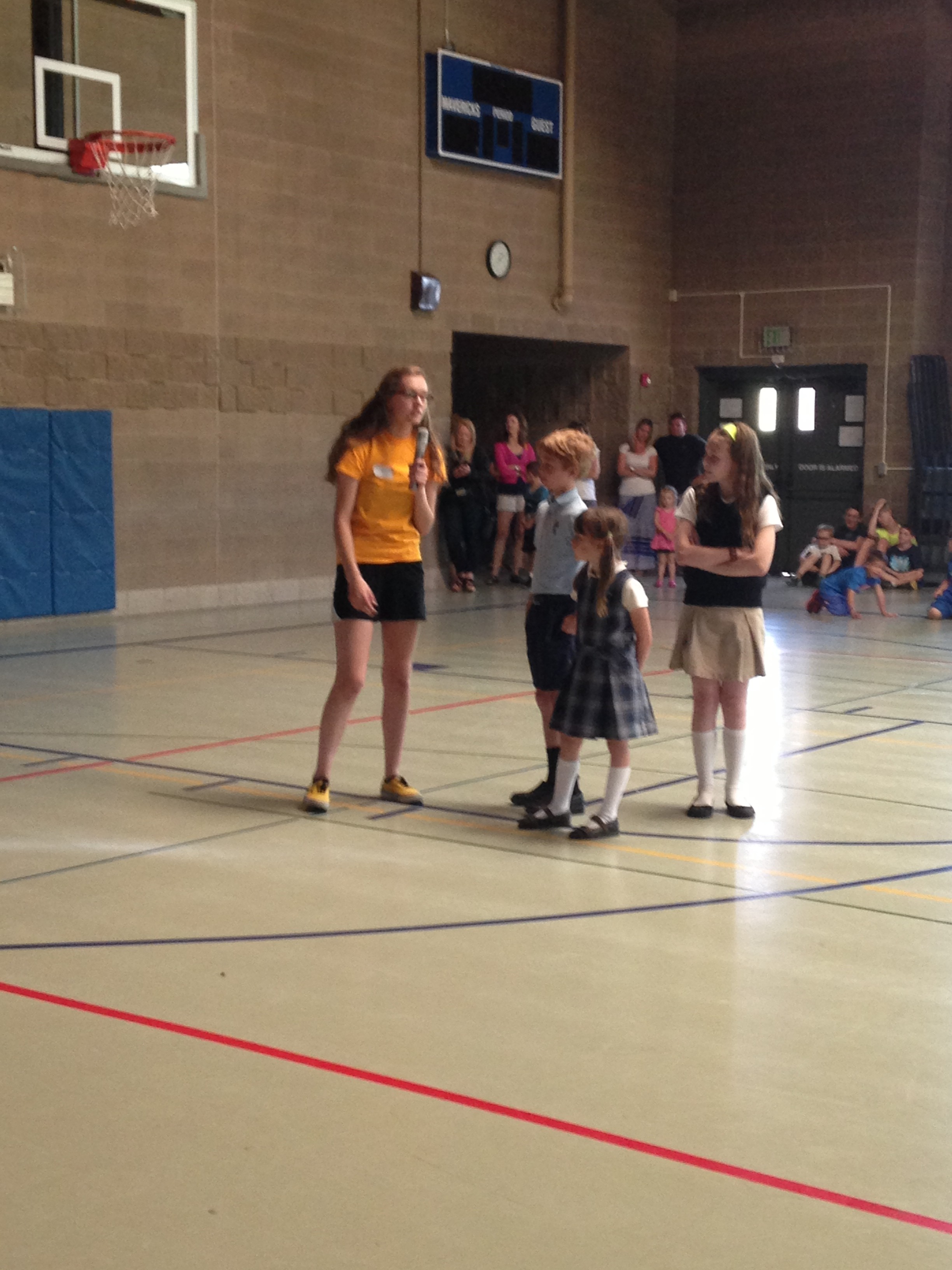 On June 6th, the Killer Bees visited St. Joseph School in Lake Orion, Michigan to talk about outreach and demonstrate our robot. We presented to the whole school. We talked about we do.

We are high school students who compete in FIRST robotic challenge. We have a shop at the Chrysler Tech Center. We have been competing for nineteen years. We have won local, state, and national competitions and awards. We showed the children our reveal video and then started to drive our robot. We explained how the collector, wings, and catapult work. We explained how we have a new game and robot each year. We explained to the children that you don’t have to Notre Dame Prep to join robotics. Almost every high school that children from St. Joseph School attend has a robotics team.

We also explained how you don’t have to be a nerd/math person to join robotics. We talked about the public relation side of our team.  We explained that people are needed to make videos, write essays, design this BEEutiful website, document the robotics season, and update social media.

As a team, we participate in much outreach. We participate in the purple alliance, knit hats for the homeless, mentor FLL, FTC, FRC teams, and host VEX tournaments.  We demonstrate our robot at schools and Maker Fair. We told them that you can do robotics with other school activities. We stressed that robots are fun!