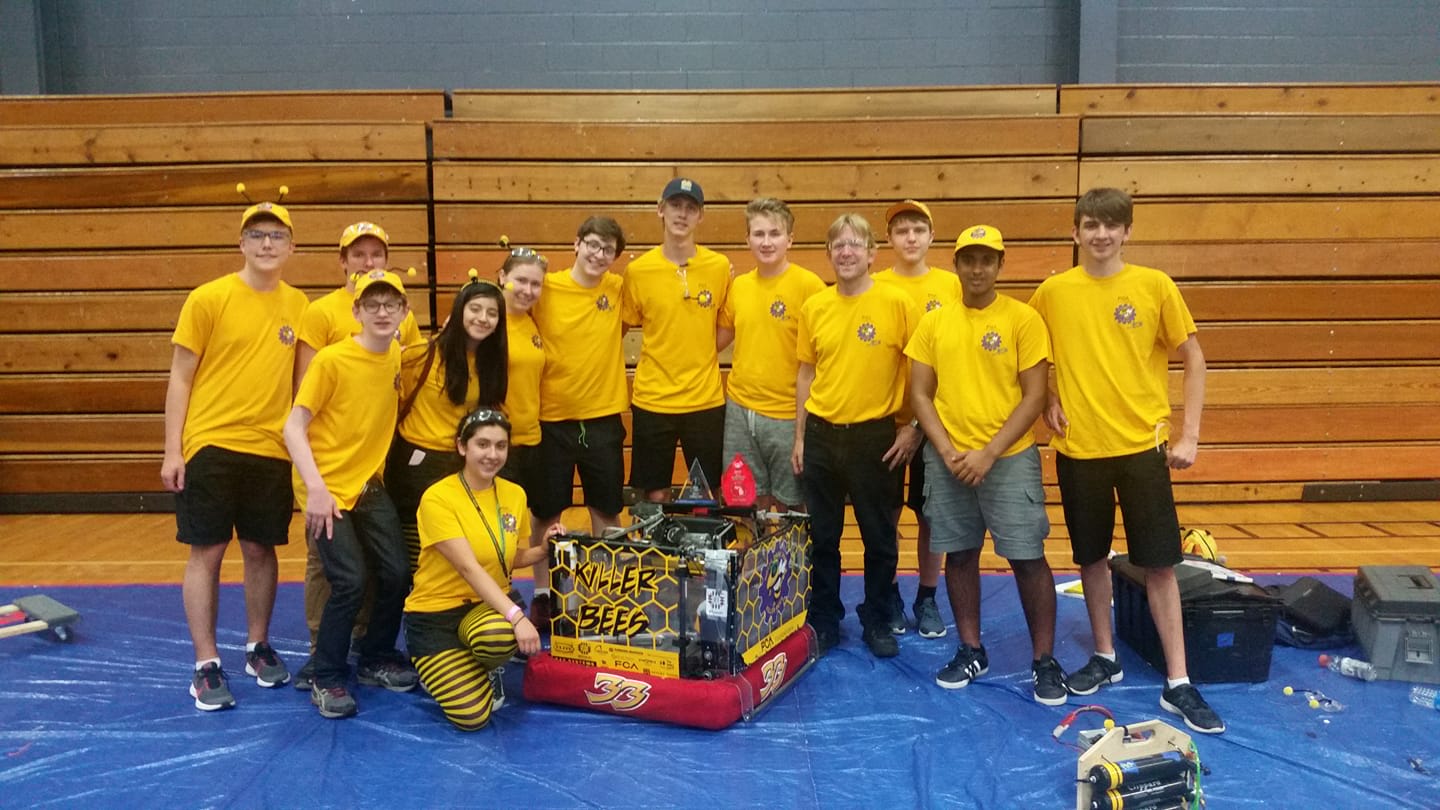 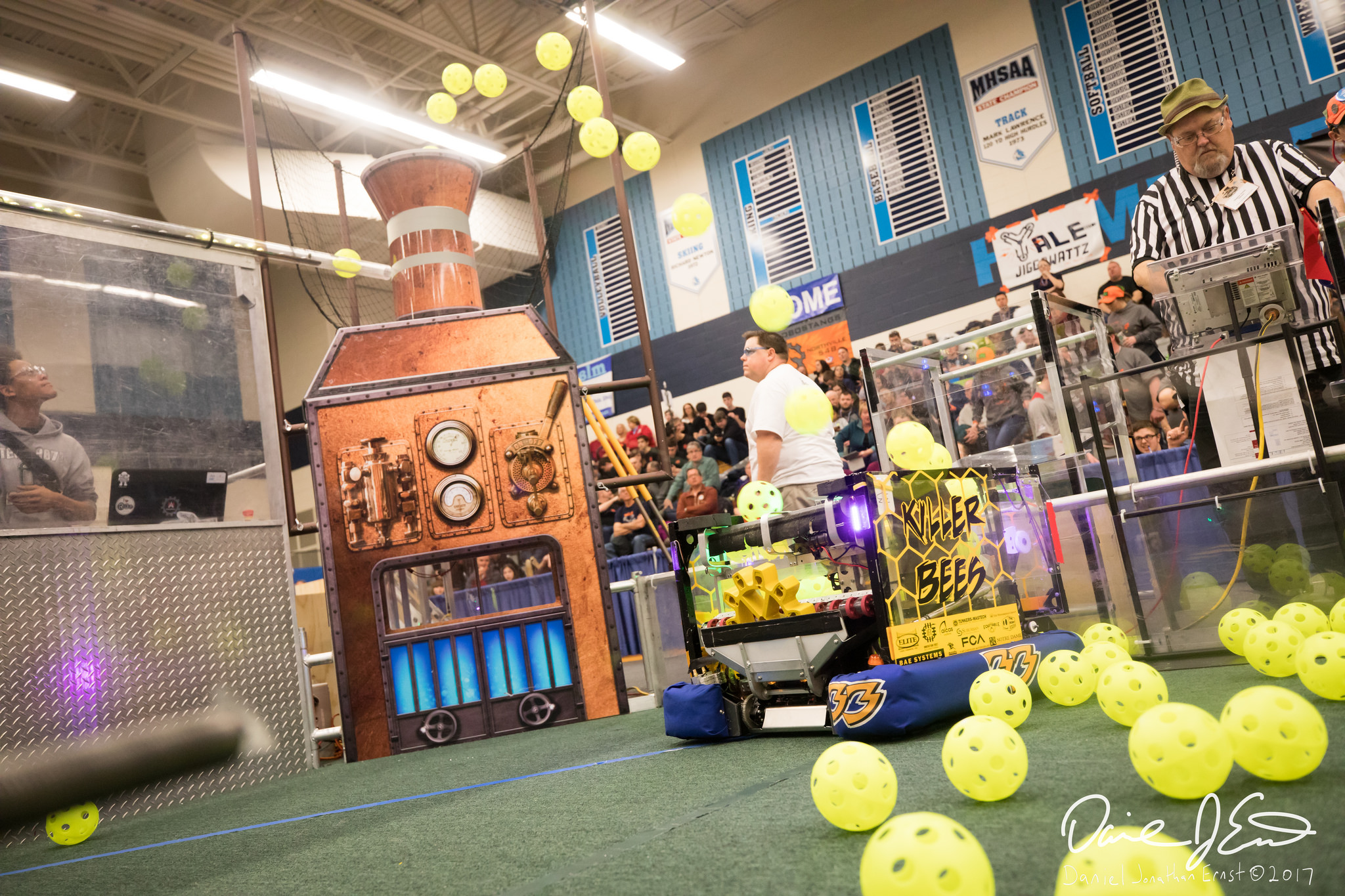 The summer of 2017 will feature some very busy Killer Bees!

Buzz 22 has been to elementary/middle school visits and NDP’s Freshman Launch to recruit new students for the 2017-18 year.  We are excited as Notre Dame Prep is constructing a new wing to include new classrooms and a robotics lab.  This will allow even more students to bee Killer Bees!  Our application process will formally begin in mid-August.

The team will bee at several off-season competitions, playing the 2017 FIRST game, “Steamworks”.  We are playing several tournaments including the MARC (Monroe Area Robotics Competition) on June 23-24, the (IRI) Indianapolis Robotics Invitational on July 13-15, Kettering Kickoff on September 16 and we are co-hosting the Bloomfield All Girls Tournament on November 11, 2017.  We had a great FIRST season and are looking forward to more fuel shooting, gear hanging and robot climbs over the summer.

In addition to our off-season competitions, our outreach program will return to some of our favorite places – the Baldwin Center in Pontiac and the Maker Faire at the Henry Ford museum.  We are adding a new project to build collaboration with other Catholic high school teams, working at the Forgotten Harvest farm in Fenton.

Over the summer, the Killer Bees will sharpen and learn new skills by building VEX robots to play the VEX EDR game, “In the Zone”.  We will have many teams showcasing creative solutions to the engineering challenge and are looking forward to the 7th annual Killer Bees VEX Tournament in December.

And – last but not least, the students and mentors are fueled up and working to iterate and update the most interesting subsystem of the the 2017 robot.  Stay tuned for details!

We have an official team motto, “Teamwork keeps the hive alive” and an unofficial motto, “The Hive Never Sleeps”.  The summer of 2017 will be a great example of both. 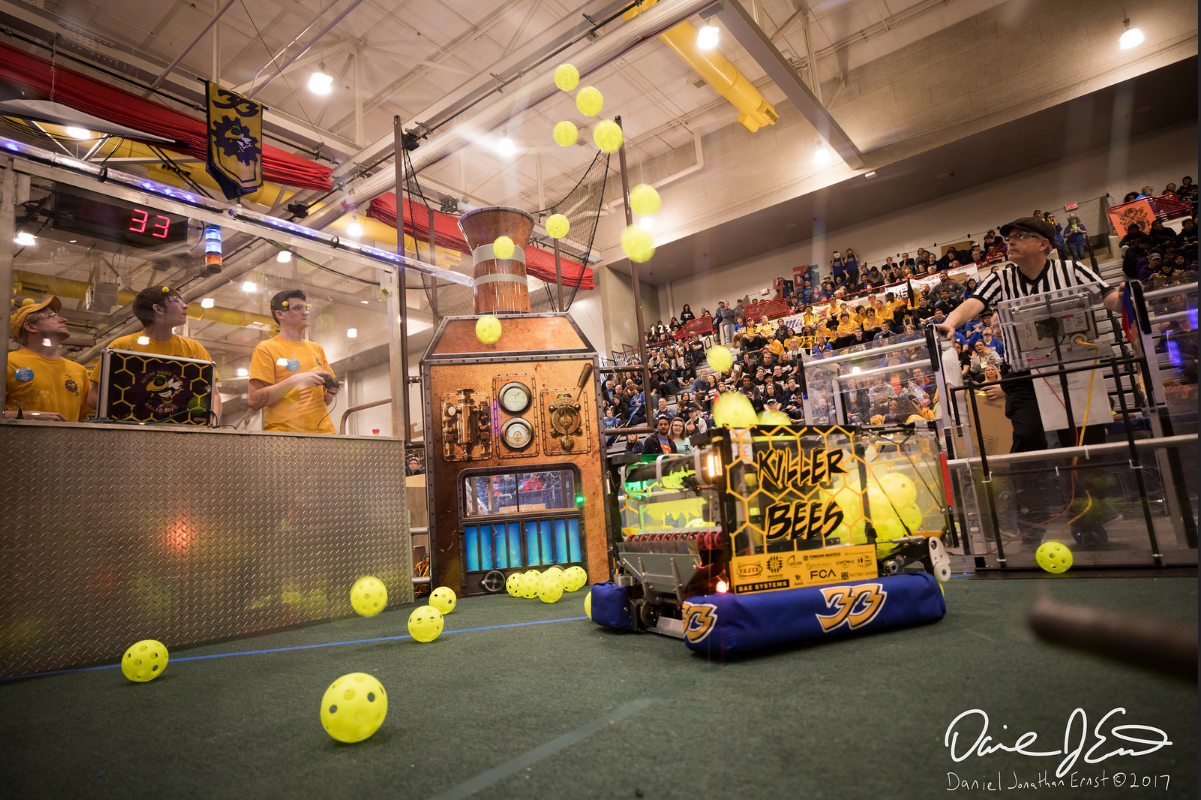 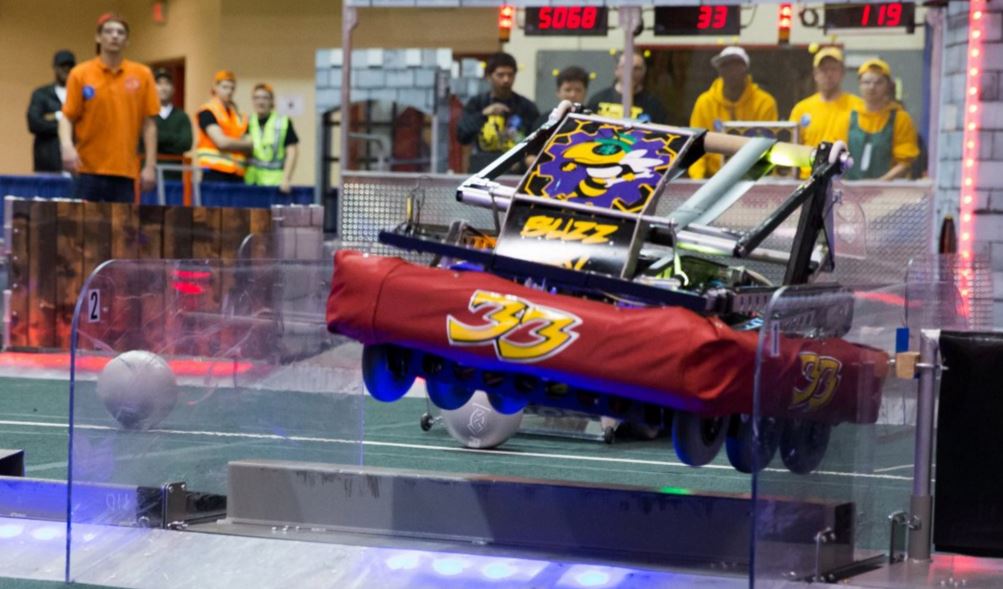 2016 was a pretty successful year for the Killer Bees. This year was the 21st year of our team being around. We attended two district competitions, The Michigan State Championship, and The St. Louis Championship. We had a good performance overall at all of these events.

Our third competition of the year was the FIM State Championship. At MSC we met Rick Snyder and Don Bossi! We had an average OPR of 61.47. We gratefully accepted an invitation to join the 1st alliance with Team 2767, Stryke Force, and Team 1684, The Chimeras. We won our first octofinal match by 67 points. Sadly we lost the last two matches by 7 and 2 points! After we were eliminated we managed to get all the changes we wanted to do at St.Louis Championship done before pits closed! We were able to qualify for the World Championship! Congratulations to our friends 27 Team Rush, 67 The HOT Team, 1718 The Fighting Pi, and 6086 Igniton!

Overall, Buzz XXI had a successful year! Thanks to all our mentors, sponsors and our parents who made everything possible!

On the Killer Bees, new students have an interview to see if they will get on the team.  When I signed up for my interview I was  a mix of excited and scared. I had no idea what I was getting myself into. As a freshman, I signed up for (too many) clubs so the only time I could get an interview space was the last slot of the day. I sat on the couches in the main triangle waiting for someone to come get me for the interview. I was greeted by Jim Zondag. I had no idea who he was at the time. As my interview progressed, Julia Green along with Tim Grogan finished their interviews so they joined me in a large conference room. I was so nervous. 3 main mentors were interviewing me! I was a awkward and hyper little freshman so I didn’t really know how to act. I answered the questions I was asked timidly (in a really awkward and excited way of course.) Towards the end of my interview Jess and Ellen, two of the upperclassmen on the team,  walked into the conference room. They started raving about how great robotics was and how much fun they had. This was the moment I knew I had to be on the team. I didn’t really realize what I was getting myself into, but I knew it was something good. 🙂 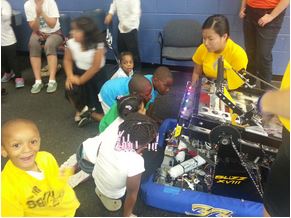 When I was in the fourth grade, I was told about an exciting club I could join called FIRST Lego League. At the time, I had no idea what FIRST was, let alone what FIRST Lego League was. I was told it was just building a Lego robot and running missions with a team of kids my age. I thought it would be nothing more than a way to pass time with some friends, but it ended up being so much more. FLL was the gateway to my current love for robotics and learning and teamwork. My experiences from FLL opened my eyes to the awesomeness that was right in front of me: FRC.

The first time I had ever heard of FRC was at my first FLL competition. The Killer Bees came to my school’s mini-tournament. They were an amazing sight for a wide-eyed ten year old to see, completely decked out in bright yellow t-shirts while driving a giant metal machine around my cafeteria. I couldn’t believe high school kids had built that contraption, but I did know I wanted to be just like them when I grew up.

That chance came my sixth grade year when my older brother joined the Killer Bees. I finally got insight into the “big-kid” robotics that was hopefully in my future. I went to every FRC competition the Killer Bees went to and spent my time either cheering for the Bees or checking out the pits. I knew once I was in high school, this is where I wanted to be. The competitions were even more energetic than the FLL ones and the matches were at a faster pace, keeping me hooked the entire day. Every single Killer Bee I saw had a huge smile on their face. I could tell how thrilled they were to see their hard work finally put into action.

Over the next few years, I kept up with my FLL team. I attended an FLL summer camp run by the Killer Bees and then tried to stay focused as my eighth grade year came to an exciting end. Before I knew it, I was applying to Notre Dame Prep, always adding robotics to my extracurricular interests. When the time finally came to join the Killer Bees, I was proud to have a few years of FLL to back me up. Without FLL in elementary and middle school, I don’t know where I’d be today. I’d like to think I would have found the Killer Bees in all of their glory anyway, but FLL definitely fueled that fire.